You are here: Home / NEWS / HEROS OF THE WEEK : FRANCOIS & FREDDIE 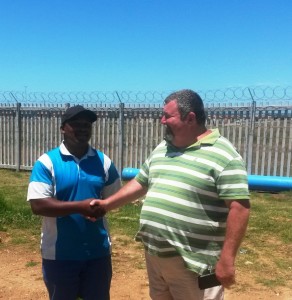 Francois Pretorius was part of the 100 Petition Committee in 2015.  When Sewerage spills became one of the routine problems in town, especially after upgrades were said to be completed, he made it his problem to establish what the actual problems were, how it came about and followed up to have repairs affected.

This is how he made contact with Freddie Hendricks from Kouga Municipality, a guy who works tireless in the most dreadful and filthiest places you can imagine without complaining. He gave Francois his personal mobile number about 4 months ago so that he could reach him whenever he became aware of a spill at any of the sewerage stations. On numerous occasions Francois called on his help when spills occurred and without any complaint he always rocked up to fix the problem, even if he was not on duty and the guy on duty was busy elsewhere.

“I just had to go pick him up from home and take him to the problem spot”, said Francois. “It must be kept in mind that he does not get overtime pay if he works on his off weekends or after hours. It is the pride in his job and his will to make our town a better place that allows him to do that. I am just as fed up with the problems as everyone else in town, but then you come across someone like Freddy and I realise that the little time I put in as volunteer is nothing compared to the time guys like him put in on top of his normal workload to make things better. He never once complained or had an excuse when I phoned him to come and help during his off days,” Francois said.

Both gentleman have won a meal voucher for 2 at The Bay Pasta Co and JBay Beach Break.

Evidence of any Sewerage spills should be reported as follows :

Previous Hero’s of the Week

Nominate your Hero of the Week

“Hero of the Week” is another Jeffreys Bay Facebook Group initiative. 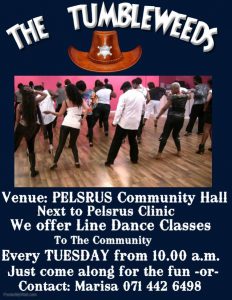