You are here: Home / NEWS / ​Public meetings about the budget and IDP 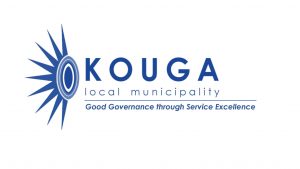 Public meetings about the draft budget and Integrated Development Plan (IDP) for the 2018/2019 financial year will be held in April and May.

The draft budget and draft IDP were adopted by the Kouga Council on Thursday.

Capital projects to be funded in the new year, starting July 1, include the Sea Vista Waste Water Treatment Works, bucket eradication and the electrification of informal areas.

“We want the budget and IDP to speak to the needs of our communities. The public meetings are an opportunity for residents to give input and ask questions about the municipality’s proposed plans for the new financial year,” she said.

The meetings, which start at 6pm unless otherwise stated, will take place as follows:

Ward 2: 18 April at the Pellsrus Hall

Ward 5: 24 April at the Kruisfontein Hall

Ward 6: 25 April at the KwaNomzamo Hall

Ward 9: 3 May at the Vusumzi Landu Hall

Ward 10: 7 May at the Dan Sandi Hall and 8 May at Andrieskraal

Ward 12: 10 May at the St Francis Village Hall, 14 May at 3pm at the Dutch Reformed Church hall in Paradise Beach and 15 May at the Humansdorp Country Club

Ward 14: 17 May at 10am at the Marina Martinique Hall and at 6pm at the Tokyo Sexwale Club House

Enquiries can be directed to the municipality’s IDP manager, Colleen Dreyer, at cdreyer@kouga.gov.za or on 042 200 2200.