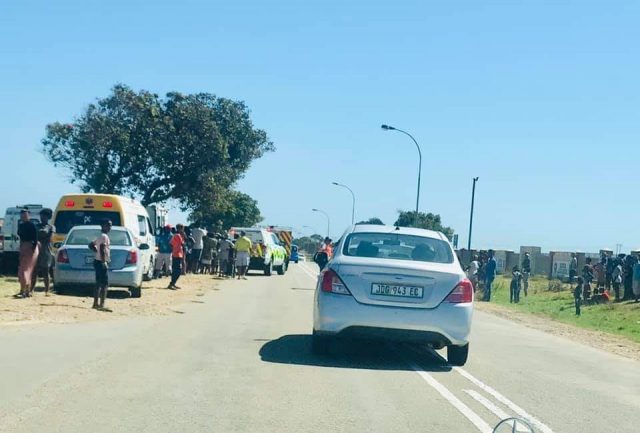 The notorious Aston Bay road has claimed the life of a 9 year old local boy, who resided in the vicinity. The child initially survived the accident, but sadly passed away this morning. This is the second child now within a 6 month period that has been killed on this road.

The areas either side of the road are known playgrounds for the children in the area. Residents have complained in the past, not only on social media but also informing the authorities of the possible danger that exist.

SAPS Jeffreys Bay are investigating a case of reckless and negligent driving following the motor vehicle accident, which has now turned into culpable homicide. It is alleged that the driver was traveling on the road between Aston Bay and Jeffreys Bay on 31 December 2018 at 14:30 when the child ran across the road and the driver accidentally knocked the child down. The driver stopped at the accident scene and medical response units were summoned to the scene.

Questions are now being asked from Kouga Municipality as to what immediate actions are to be taken to prevent the loss of any more lives. The road is currently the only connection to the Marina Martinique, Aston Bay and Paradise Beach and should urgently be upgraded with more safety precautions in place.
The alternative route via Duine Rd has been approved and budgeted for, however the start date is not known.

It is reported that the driver confirmed that he would cover the funeral expenses. More info follows.