You are here: Home / NEWS / CRUELTY AT TURFONTEIN RACE COURSE 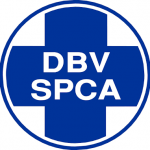 The National Council of SPCAs (NSPCA) have laid criminal charges in terms of the Animals Protection Act No 71 of 1962 after being alerted to an incident involving a thoroughbred race horse that was cruelly treated during a race.

In January 2019, a young female race horse named Words was shot on the track after breaking her leg and had to be euthanized.

It was later established by the SPCA that there was an attachment of a highly controversial piece of equipment to Words’ tongue, it is colloquially known as “tongue tying”.

Tongue tying is winding a nylon, rubber, or leather strap around the horse’s tongue and lower jaw supposedly to prevent the horse from putting the tongue over the bit, and to avoid respiratory issues. However studies regarding its benefits are inconclusive – the stress and suffering though is certain. This was particularly prominent in the case of Words – the question is; was the tongue tie checked prior to the race?

The use of this equipment has recently been banned in Germany. The Federation Equestre Internationale (FEI), an organisation recognised by the World Organisation for Animal Health (OIE) as an international equestrian body, similarly banned this cruel device.

“Words had her tongue tied excessively tight which just took this type of cruelty to a new level” said Marcelle Meredith, the NSPCA’s Executive Director.

The NSPCA conducted an investigation into the matter, compiled a docket and laid charges against the trainer, jockey, owners, and several National Horseracing Authority (NHA) officials.

“We are perplexed that an organisation that professes to be well organised with supposed high welfare standards have allowed this suffering. We urge the horseracing industry to ban this practice immediately” Meredith said.

The NSPCA remains opposed to all forms of animal racing.