You are here: Home / NEWS / Follow the World Surf League 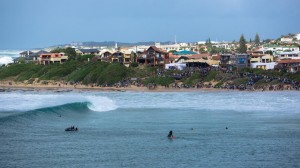 The World Surf League consists of many events that include the Big Wave Tour, the Longboard Tour and the Junior Tour for both Men and Women, just to name a few. The main event though is the Men’s Samsung Galaxy Championship Tour that includes no less than 11 Tour Stops worldwide, with Jeffreys Bay being stop #06 and known as the JBay Open, scheduled in 2016 for 6 – 17 July.

The Tour opened during the period Mar 10 – 21 with the Quiksilver Pro Gold Coast in Queensland, Australia with Matt Wilkinson been crowned the Champion. Matt also went on to win the 2nd stop, Rip Curl Pro Bells Beach  at Bells Beach, Victoria, Australia.

JORDY SMITH ON HIS WAY UP

Local SA Legend Jordy Smith seems to be on his way up again, posting 9+ pointers on heats during rounds 2, the Quarters and Semis and consistently posting 8+ during many heats to follow during the Australian leg CT#2 at Bells Beach, Victoria.

Jordy won his Quarter Final against Michel Bourez with a mere 0,51 with both surfers posting a best ride above 9. Competition heated up when he worked hard for yet another 9 on the board against local boy Mick Fanning winning through to the final.

Jordy Smith has now moved into 3rd place on the WSL Men’s Championship Tour, with Matt Wilkinson topping First place after winning both the opening and 2nd stop on the tour.