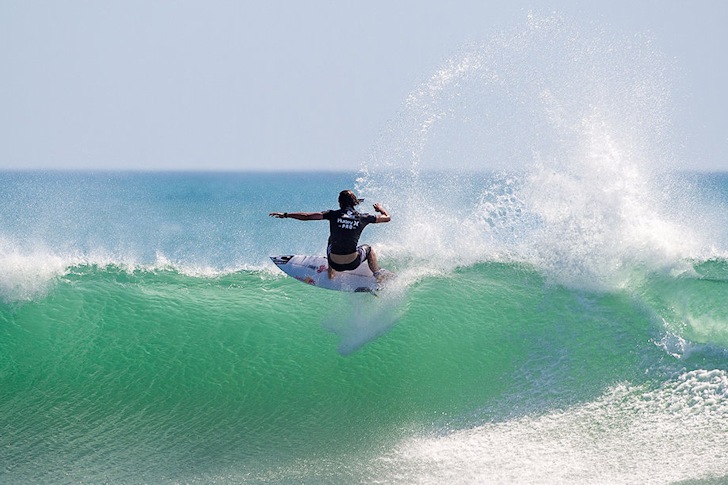 Jordy Smith flew the SA flag with pride ending up 2nd on the 2016 World Surf League Men’s Championship Tour. Surfing into the Quarterfinals at the Banzai Pipeline, Oahu, Hawaii, he earned himself 5,200 points to beat Gabriel Medina into the 2nd place. John John Florence who had a great year with two no 1 & no 2 spots and a 3rd, earned enough points before the start of the last competition to be crowned the 2016 Champion.

Jordan Michael “Jordy” Smith (born 11 February 1988) grew up in Durban and started surfing at age 6. He attended a local Durban high school, Glenwood High School and is known for the manoeuvres “rodeo flip” and full rotation “alley-oops’ and he has been sponsored by O’Neill since 2007.

Jordy won both the 2010 and 2011 Billabong J-Bay competitions in South Africa, which is part of the WCT Dream Tour, making him the no 2 ranked surfer in the world behind Kelly Slater that year. Jordy Smith won the 2014 Hurley at Trestles, San Clemente, California, United States of America. In 2016 he managed one win, Hurley at Trestles.

We look forward to seeing him in action in 2017 during the JBay Winterfest, which is 6th stop over on the WSL world tour.