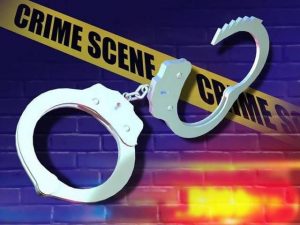 What was meant to be a lovely Sunday outing on Kabeljous beach around 11am , turned out to be a nightmare experience for a local woman from Jeffreys Bay.
Relative new to the area, she found herself just past the lagoon area not far from the ocean when 2 men approached her, one showing up with a knife, the other demanding money as well as her mobile phone. Her initial thoughts were to run into the sea, but things happened so fast when she found herself handing the phone over, the lady told our reporter from JBO News, who was in the parking area.

A nearby couple witnessed the entire development, became suspicious and when the male ran towards her,  the two thieves then ran for the dunes.  Who knows what may have happened if there was no nearby support. They quickly disappeared into the dunes and bushes after which she made her way back to the parking area.  Smhart Security and SAPS were alerted.  Powered hang gliders had just returned as the wind started increasing and when approached reported no sightings. A SAPS vehicle was dispatched towards the area near the dunes but also did not find anything. One of the pilots offered a police member a ride for another search but in preparing the glider the wind started gusting and this attempt was called off.

Meanwhile our reporter obtained the lost mobile number and confirmed that the phone was still on. A quick response by contacting a security company resulted in the phone’s position being identified. Vehicles were immediately dispatched towards Mondplaas offramp on N2, after which the signal appears in vicinity of the R102 in Wavecrest. At this stage ADT and Smhart assisted and inspected the area with SAPS personnel but soon after the phone was switched of and shortly after the search was called off.

The area alongside the R102 where housing starts coming up from Da Gama Rd is a certain weak spot for potential hideouts and criminal activity and should be considered more often.

Jeffreys Bay Online News wants to appeal to all residents not to consider beach walks on your own on secluded beaches. As safe and free as it may sound, one should always be alert and rather not tempt fate. A second advise is to ensure you know your login details in order to trace your phone via the various apps that exist at a time when your mobile device is stolen from you.

The lady requested us to thank SAPS, Smhart, ADT, the glider pilots on Kabeljous this afternoon as well as our reporters who attended to the situated. A case was opened with SAPS Jeffreys Bay.