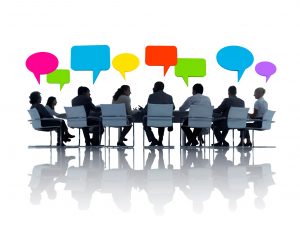 Looking at the number of people that attend public meetings that are called that affect residents in Jeffreys Bay, one would imagine that they are not really interested in public affairs. The same cannot be said when looking at the social media platforms, especially Facebook.

Jeffreys Bay has seen a surge of facebook groups over the past 5 or so years, with many of them on the way to 20,000 members. Only one or two groups in Port Elizabeth have more members than that, making JBay the 2nd largest Facebook community in the Eastern Cape.

Has the online world become an easier platform to voice your opinion? Is facebook to blame for normal chatters who has become so-called “keyboard warriors”

Facebook users have even gone as far as addressing issues with both the Government, Local Municipalities and everything that upsets then, with no regard whether the said authorities even monitor the entire public postings. To air your view is one thing, but to take action in the propper manner remains the ultimate challenge if the real intention is to make a difference.

Many responsible group admins have now also refrained from permitting “Name and shame” posts without the member first addressing the complaint directly. A legal responsibility is also invested in admins of such groups, with legislation well documented, so think twice before starting your own group.

This effectively distinguishes two worlds out there, the real world and the online world. The challenge being, to balance them out and not be consumed by only one of them only. The saying : “put your money where your mouth is” has never been closer to the truth.

This is therefore a plea to all locals in JBay, to make a difference and attend public meetings, whether it is MPAC,IDP,General consultation meetings, election meetings, CPF or Resident Association involvement. You have a Vote. You have a Right. Exercise your citizenship and Use it.

This platform will endeavour to publish all future public meetings on our Events Calendar.