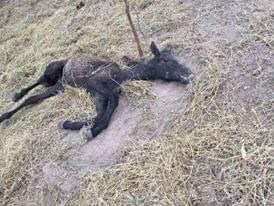 SPCA ASSISI was successful in their legal bid to bring Riekert Erasmus,  a local horse manager to book. The case was opened 2 and a half years ago by the inspector at the time, Benjamin Sithole, who is currently employed in the Northern Province.

Thanks to members of the public who witnessed the state of the horses followed by a social media storm, the SPCA took the necessary action.  11 horses were removed by the SPCA and re-allocated to various selected horse lovers and farmers to look after their well being, while court action was in progress. The horses are now officially adopted by their new owners, as ordered by the court.

The magistrate indicated that in his many years of service, this case was by far the most emotional and detailed case he has heard, involving many different organisations, due to the nature of man’s love and care towards animals.

Judgement was passed on 27 June 2019 in the Humansdorp Court against Riekert Erasmus, where he was fined R 10,000 or 12 months imprisonment, suspended for 5 years, on condition he is not found guilty on a offence of article 2 (1) of the Animal Protection Act 71 of 1962 during the period of suspension.
In terms of article 3(1)(b),(d) of the same Act, he is ordered to release the horses involved that was removed by the SPCA to the SPCA which in turn adopts the horses to new owners.
In terms of article 4(1) and 4(3)(a) of the Act the accused was ordered to pay damages of R 5,000 to the SPCA. 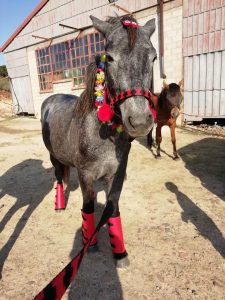 SPCA ASSISI Chairman, Gerhardt Fouche, who attended proceedings during the past year or so indicated that this was an important decision for the animal kingdom in the Kouga and that the SPCA is there to assist where possible, as well as educate but will not hesitate to act where required. He went on to thank Colin and Debbie Ronander for their ongoing support of the case administration, for 2 and a half years of their lifes and to accommodate the horses from day one, also adopting 2 of the horses themselves.

The SPCA also wishes to thank the community for their concern and support as well as Dr Elmien Kotze who without her the horses would never have survived. Debbie and Mike Lewis contribution is much appreciated and so is Ronald Koen – Seaview Lion Park, Papiesfontein beach rides, Frank Lotter and Nathan Cranko, Oom Dolf.

Finally, to all the foster parents thank you for loving them, bringing out the best in them.

The public is reminded that SPCA ASSISI is a NPO that is able to keep their doors open due to public donations and support. Please visit us on Facebook and inquire how you can assist us.