You are here: Home / NEWS / ASK AND IT WILL BE GIVEN TO YOU 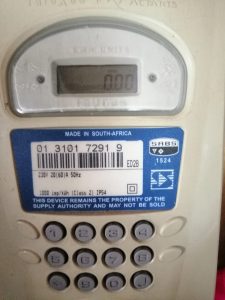 “Ask and it will be given to you” as it is stated in Matthew 7:7.  These were some of the words offered by Karabo Kay after Thabisa Xhelithole ask on Twitter : “CAN ANYONE BUY ME R10 ELECTRICITY PLIZ!” followed by a face icon with a tear and her meter number.

What followed was 14,300 likes, 5,831 retweets and enough electricity to last her more than 2 months, the last time we checked. A true spirit of Ubuntu emerged with tweeps inspiring and blessing each other and many stating that this is the type of content they wish to see on Twitter. Thabisa was also admired for being brave enough to pose the question on such a platform.  Some went on to ask if she needs something else like data, to which she responded : “Yes please I need to thank all these people”

In contrast, this positive gesture comes hot on the heels of the racist comments by the SA Ambassador to Denmark Zindziswa Mandela, causing much aggressive response with most calling for her recall.  Mandela slandered whites as “Trembling white cowards“ and “Thieving rapist descendants of Van Riebeeck“

At the time of publication, Zindziswa was unable to be reached by the spokesperson for The Directorate International Relations and Cooperation.

The Nelson Mandela Foundation has distanced itself from reports that it intends to meet with Struggle icon Winnie Madikizela-Mandela’s daughter Zindzi over her Twitter remark in which she labelled white people as “land thieves.”